The Tunnel to Towers Run & Walk Series was created to honor the heroic life and death of Stephen Siller, a New York City firefighter (FDNY) who lost his life on September 11, 2001, after strapping on his gear and running through the Brooklyn Battery Tunnel to the Twin Towers.

GourmetTruckExpo has arranged for two food trucks, specially selected for this event, to be on hand starting from registration 7am till the run is over around Noon: VeggieXpress and Wafflepops On The Go. 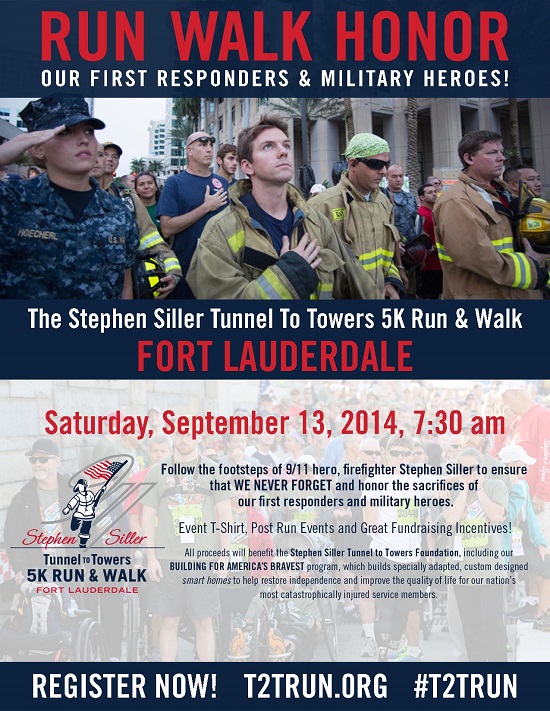