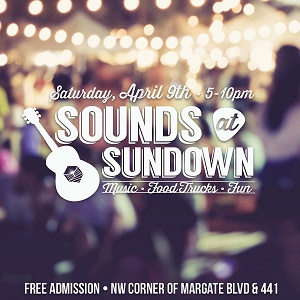 The 18th annual Sounds at Sundown concert series boasts an exciting entertainment line-up this year! The free events take place between the months of January – June 2016 from 5PM – 10PM at the corner of Margate Blvd. and 441.  The Music Lineup is as follows with newly extended hours for live music from 6PM – 9PM.

Along with musical entertainment, each event will also feature:

Plan to stay for the evening – bring lawn chairs and blankets, relax, dance, sing and enjoy the live entertainment and food at your leisure at the 18th Annual Sounds at Sundown! 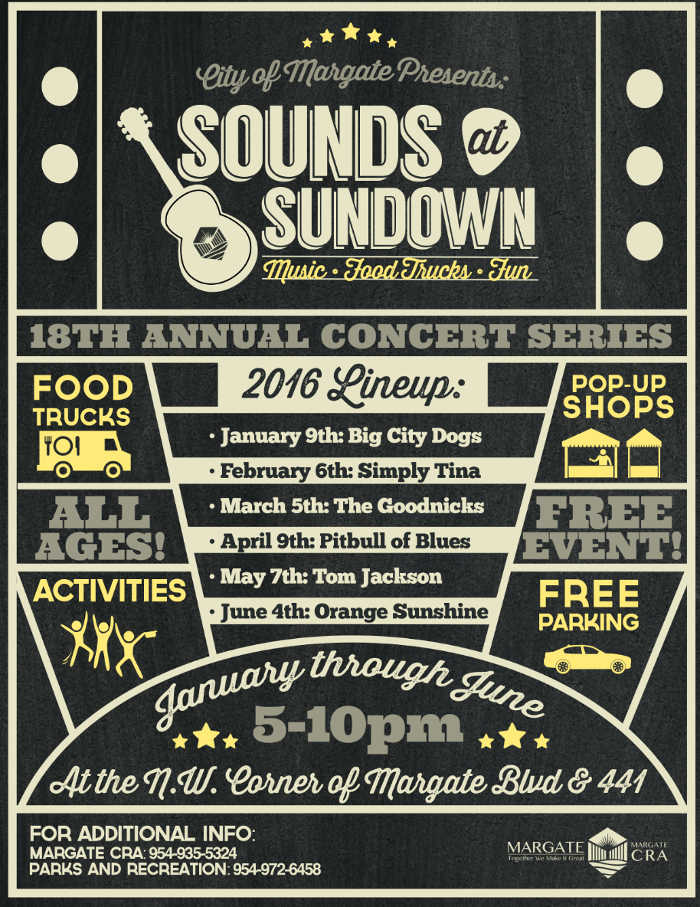