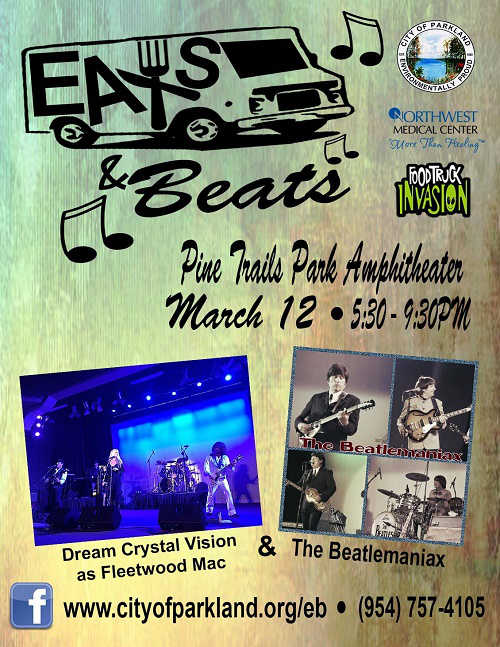 The Beatlemaniax, south Florida’s most authentic Beatles tribute show, and Dreams: Crystal Visions of Fleetwood Mac, a West Palm Beach-based tribute band, will both be performing free concerts at the Parkland Amphitheatre at Pine Trails Park on Saturday, March 12th in the ongoing Parkland concert series Eats ‘N Beats. All Eats ‘N Beats concerts include a food truck rally so there will be entertainment for multiple generations and food for everyone’s palate.

MORE CONCERTS IN APRIL, MAY AND JUNE

Upcoming dates for Eats ‘N Beats include Saturday, April 30th featuring concerts by Ben Prestage and the Valerie Tyson Band and Saturday, May 14 with Solid Brass and The Resolvers both being featured.  Saturday, June 18th:  Samantha Russell Band and Orange Sunshine 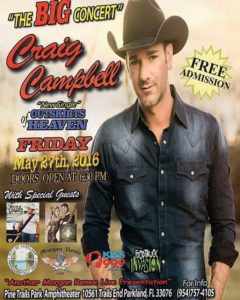 The City of Parkland, Florida has a population of approximately 28,000 and is located in northwest Broward County. Established in 1963, the City has grown from humble beginnings while remaining environmentally proud and is home to nine parks and five public schools. The City has been named the best City in Florida in which to raise a family by WalletHub and was ranked the 13th safest city in America in 2016 by NeighborhoodScout. To learn more about the City of Parkland visit us online at www.cityofparkland.org and www.facebook.com/copfl. 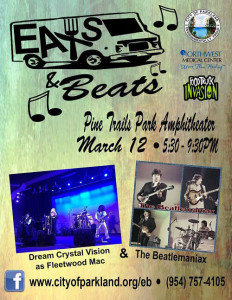 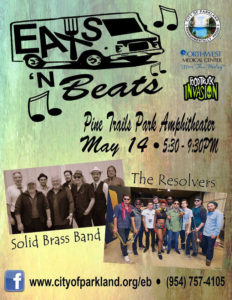