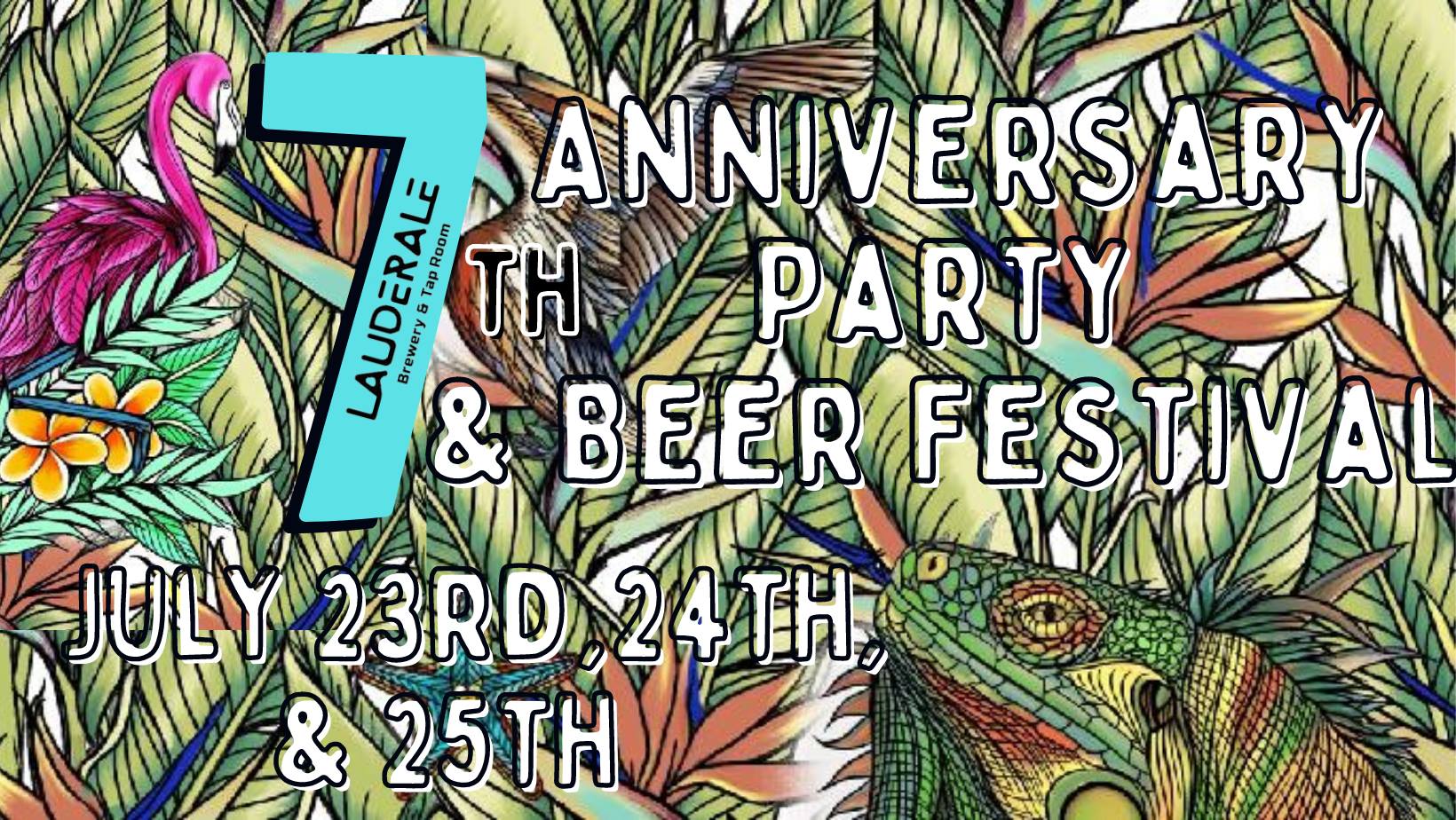 Takeshi Kamioka from Kaminari Ramen will prepare an exquisite 4-course Beer Dinner Pairing in the garden served at 7pm followed by live music from Got You Covered at 9:30pm till close.

July 24th – Doors open at Noon. 10 Beer Releases will take place over a 10 hour period with limited edition pint glasses. The day will kick off with a delicious brunch from Blackthorn Kitchen and a live DJ set. At 7pm, everyone’s invited to a full moon party in the garden to celebrate LauderAle Brewery & Tap Room’s 7th Anniversary.

July 24th represents the “Thunder Moon” because the thunderstorms are so frequent during this month. LauderAle will be celebrating the moon with a performance curated by Aerial Dragons Entertainment featuring aerial, fire and tribal drum performances. DJ Siso will be behind the turntables to enhance the full moon vibrations with a 3 hour set of boho shallow house music and live bongos. Sound and tent provided by Nomad. This is a rain or shine event. Beach attire is encouraged.

July 25th – Kick off the day with Beer Yoga at 10am. The Brewery will officially open at 11am with 10 more beer releases throughout the day. Captain Lobster food truck will be rolling up with delicious maine lobster rolls all day along with some of the best BBQ in town by Fat Boys Barbecue. Plus, live music by The Copper Tones starting at 4pm!