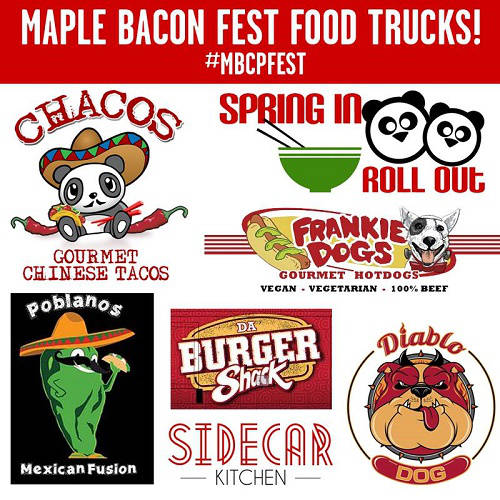 Maple Bacon Coffee Porter is back, baby! Our annual bottle release and festival returns on January 10, 2015, so save the date! This epic street party will take place all day and include a swarm of food trucks, special release beers, debut tastings, and bottles of MBCP itself.

This highly-sought after beer was initially released last January and has since earned acclaim for its combination of sticky-sweet maple syrup, fresh roasted coffee, and salty-smokey bacon.

This beer will be packaged in 22 ounce bottles and sold exclusively at the brewery on January 10th. This bottle release will be part of a day’s worth of festivities that will include food trucks with breakfast-themed pairings, live music, and multiple bars both indoor and outdoors.

Local Blues superstar Albert Castiglia will be entertaining the crowd at 7:30pm.

We’ve brought in some of the best trucks in the area to serve awesome food up. We also have worked with these trucks to streamline the menus and expedite service, so you can spend less time waiting in line and more time partying!
Box of Chacos
Spring In Roll Out
Poblano’s Mexican Fusion
Dabgrshack – Da Burger Shack
Frankie Dogs Gourmet Veggie Dogs
Diablo Dog
Sidecar Kitchen